Put My Experience On Your Side

David graduated from the Arizona Law Enforcement Academy in 2005. He spent about six years on patrol working every shift in Phoenix. During his time as a beat cop, David was a phlebotomist involved in drug and alcohol DUI investigations; a Field Training Officer, teaching new cops to be cops; and, a Controlled Substance Officer, field testing drugs for possession investigations.

David became a Detective in 2011 and was assigned to the Crimes Against Children Unit. There, he spent six-and-a-half years investigating neglect, assault, aggravated assault, child abuse, sexual abuse, sexual conduct with a minor, molestation of a child, sexual assault, and deaths involving child victims.

David attended Arizona Summit Law School during the evening after his shift as a detective. He was Executive Managing Editor of the school's law journal. He graduated as his class valedictorian.

David received the highest score on the February 2016 bar examination. He is admitted to practice in all Arizona courts.

I saw that people needed a defense against the government, and going to law school was the first step to helping them.

During law school and after, the police academy asked David to teach legal classes to police recruits from around the state. David taught Laws of Arrest, Search and Seizure, Legal Issues of Interviewing and Questioning, and Rules of Evidence to over 700 Arizona police recruits.

After working thousands of cases throughout his career as a law enforcement officer, David saw the need for aggressive and competent representation of those accused by the police of committing crimes. Oftentimes, suspects in investigations did not realize the consequences of the investigation until it was too late.

David left the police department to open his own law firm where he could use all of his training, experience, and education to help those whom the state accuses of wrongdoing. His hope is that an honest appraisal of the case with his clients and aggressive representation of his clients with prosecutors will achieve the best result for his clients. 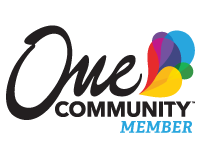